This book was updated and edited and reads well. The story is truly a diamond 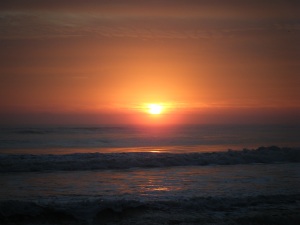 Pachyderms is a diamond in the rough. The book reads like a screenplay of a movie with substance…but better. The characters come alive, albeit complex, simple and surprisingly likeable, through the mind of a very gifted and clever author. St. Augustine’s Confessions came to my mind as I finished this book. Danny looks deeply into his own heart and soul and recognizes his own faulty judgments and foibles. The book is raw and demands that you feel, think about, experience and observe the fears, terror, boredom and blunt force of an illogical war. This is accomplished through the observations of a young new recruit who was overwhelmed by the inevitable deployment to an unpopular, seductive and perplexing Vietnam War. It was a war that blasted the body, mind and soul of the people who endured it.

If you dare to take the journey of this book, you will require a good dose of courage for the self-reflection. The author forced this Iraq combat veteran chaplain to re-evaluate some of my false assumptions of Vietnam Veterans and all combat veterans for that matter. Humbling.

To me, the book is more than real. It explores the depths of the heart and soul of young unsuspecting kids thrown into a caldron of invisible enemies, confusion, lust, virtue, immorality, poor leadership, superb leadership, terror, friendship, passion, fickleness, greed, death, red tape, the Army way, and love.

The story is compelling and resonates with life on many levels and dimensions. The book is connected and comes full circle in most cases. Some of the “unresolved” issues are just that, irresolvable. How could anyone understand suicide, returning soldiers treated like criminals, inept commanders receiving awards for causing so much misery, or a scared friend not saying goodbye?

The story, which more resembles a memoir, is complicated. Vietnam Veterans are complicated. This story really got under my skin. Any American History teacher or scholar would discover that Pachyderms is a hidden treasure, to use a Scriptural analogy. The story has the power that could assist healing in combat veterans.

Before I read about the deployment of PFC Cooby, the soldier narrating, I was so intolerant and skeptical of Vietnam vets in general. I was blind to the plight of the enlisted. When I read in shock about the R & R trysts of the soldiers to places like Hong Kong and Penang with the debauchery, lust and plain bad behavior, I was really angry with the soldiers. But I still really loved them unconditionally and I understood that they were not thinking with their brains, but only with their broken hearts. I forgave them and read on, as difficult as it was.

I am filled with gratitude for these men who suffered and were tormented by even their own family members upon return. There is much dissimilarity in the return of troops from the war in Vietnam compared to the recent wars. I am not sure I would have survived it. In war, “Charlie” (code for the silent and invisible enemy), can never hurt us other than physically. Only friends and loved ones can inflict the wounds of the heart and soul. And that is very clear to me, what all of us Americans did to our returning Vietnam Veterans. For some of them, death was a more humane or compassionate outcome compared to returning to a hostile America of the time. It just is. Vietnam Vets are not innocent nor without sins, but they do deserve to be forgiven for their own sins. They do not need to take the responsibility of those politicians and lousy leaders who sent them there without true support for the troops. My own sins are plethora. Who are we to judge?

Danny, like his Sergeant who went from feared boss to endearing friend, mentored me through this journey. Just as his former Sergeant corrected Danny Coobat, when he failed to mentor his replacement, in a very subtle way, Danny encourages those who dare to listen to his story.

‘The reader’ has never been in a bunker during incoming mortar, has never pulled a burned body from a Chinook, didn’t return from R & R only to find his buddies rotated, and has yet to be hailed by Rule number four. As far as I know, ‘the reader’ did not lose his first love Madilla, and only has one talent like you in July 1966. “Live and let live.”

At 17 years old, I entered into the overwhelming world of the military complex. Danny touches on many of those highs, middles and lows in navigating the torturous journey of becoming, not just a modern warrior…but also a decent and mature human being capable of honest and humbling self-criticism. He also shares with us the ability to love and to be loved.

Thank you Sergeant Danny Coobat (and your friends both living and dead).
Welcome Home!

“Not good enough, Danny.” I wish I could embrace you, Sergeant Coobat, in a long hug,
engrossed in a feeling ‘brothers in war’ share. My eyes are too wet to confirm seeing a tear in yours, but my ears heard your voice crack when you said, “Good-bye Reader.”